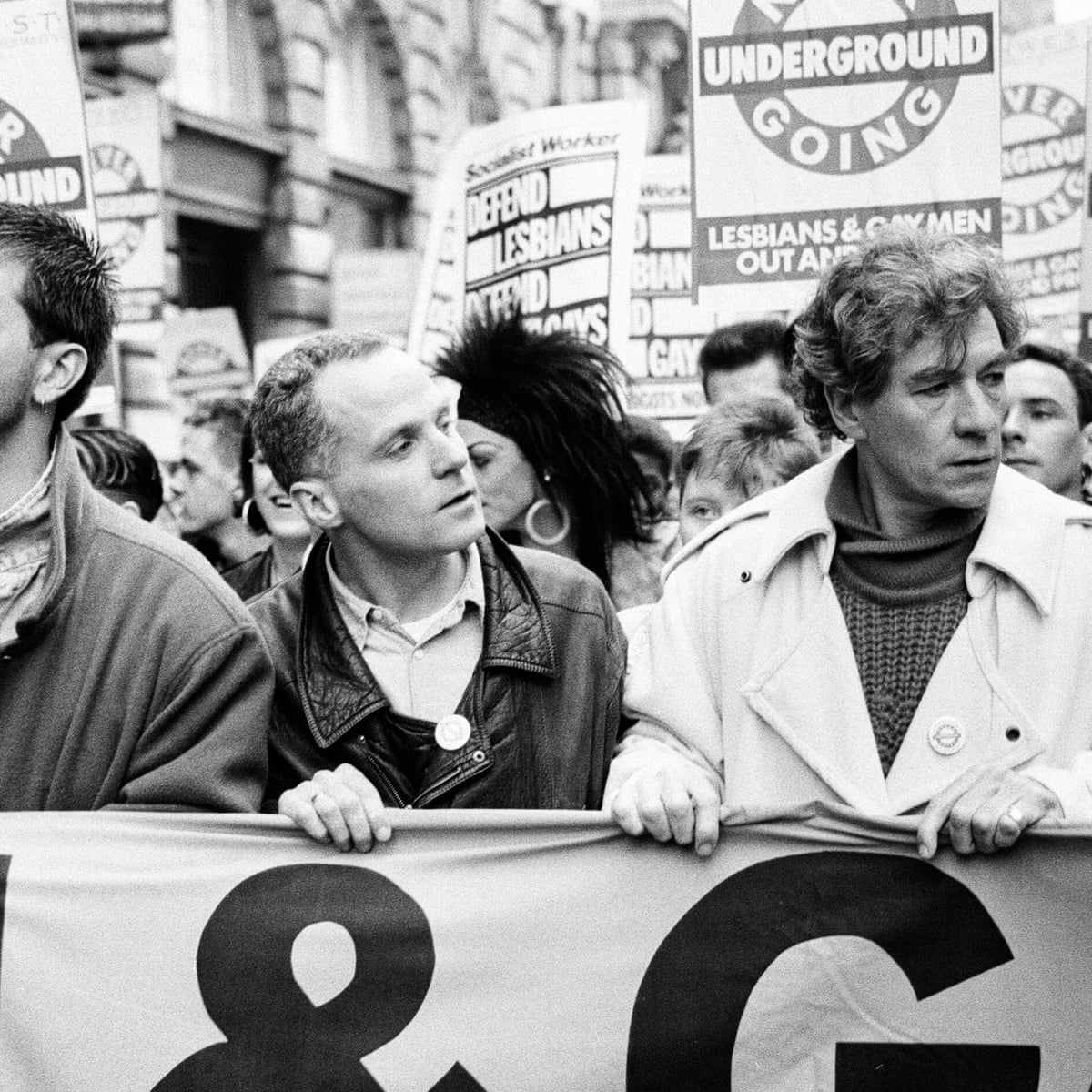 There are no patents, products in development or marketed products to declare. Since combination antiretroviral therapy cART was introduced in the mids there has been a trend towards initiating it earlier in the course of HIV disease. Such an approach would result in greater numbers initiating cART in early infection [ 5 - 7 ]. A potential disadvantage of early cART initiation, however, is risk of failure and subsequent development of drug resistance. This is driven by concern that asymptomatic individuals with low absolute risk of clinical disease, who may not be ready to commit to life-long cART, might be at raised risk of developing drug resistance due to sub-optimal adherence.

This concern was not supported by a number of studies showing that higher CD4 cell count at cART initiation was associated with lower risk of drug resistance [ 8 - 10 ]. Nonetheless, there are no published data on the long-term risk of developing resistance following early treatment initiation, or on the role of duration of HIV infection at initiation as a predictor of virological failure or of resistance.

These data are important to inform the debate on when to initiate treatment. In a subset of patients, for whom HIV nucleotide sequences were available, we also examined the role of HIV infection duration on the long-term risk of drug resistance.


Our study hypothesis is that shorter duration of HIV infection at cART initiation is associated with increased risk of virological failure and development of drug resistance. Data are collected at enrolment and annually thereafter, through Clinical Report Forms at clinical centres, and include demographic information, laboratory measurements including CD4 count and HIV-RNA , details of all antiretroviral therapy prescribed, clinical events and vital status.

We used the data updated in September excluding perinatally-infected children. We also identified the subgroup of patients who had initiated cART early, i.

The choice for calendar year cut-off reflected the introduction of boosted protease inhibitors PIs. To better understand patterns of discontinuation, Kaplan-Meier methods were used to estimate the risk of treatment interruption, defined as at least 30 days with no antiretroviral therapy, according to CD4 count and HIV duration at cART initiation. For the subset of patients for whom we were able to match HIV nucleotide sequences in the UK Drug Resistance Database [ 13 ], we estimated the predictors of detection of one or more drug resistance mutations using the same methods as for virological failure.

We performed the following sensitivity analyses to check the robustness of results. We further included Stanford low-level resistance score 3 in the definition of drug resistance. Written informed consent was obtained from all patients enrolled after The Ethics committee did not require to go back and get written consent from everyone already enrolled at that stage. No incentives were given to patients to participate the study.

Baseline characteristics of seroconverters initiating cART and included in analysis and of early cART initiators, i. The crude rates of failure were 3. A summary of the univariate and multivariable Cox models of the association of covariates, i. Patients who started cART in or after had significantly lower hazard of experiencing virological failure compared to those who started before this year hazard ratio HR 0. We did not find any other significant effect of the explored covariates on the risk of virological failure.

While there was evidence that unboosted PI-based initial cART and presentation during acute infection were associated with a higher risk of failure in the univariate analysis, these associations disappeared after adjustment for CD4 count and calendar year of cART initiation. Table 2. Predictors of risk of virological failure following cART initiation for patients.

The crude drug resistance rate was 1.

To our knowledge, this is the first study to examine the role of HIV infection duration at cART initiation on the risk of virological failure and development of drug resistance, and to provide estimates of the risk of these two events for patients initiating cART within 12 months of HIV seroconversion. Although, as expected, we found that higher CD4 count at cART initiation was associated with lower risks of failure and resistance, we found no evidence to suggest that this was the case for infection duration at the time cART is initiated.

Furthermore, the rate of detection of drug resistance in the early initiators was 1. Treatment interruption, at least in chronic infection, is no longer recommended [ 16 ] and the recent results from SPARTAC have shown only a modest delay in disease progression after a week cART course in primary HIV infection [ 17 ].

Nevertheless, this high rate provides a good illustration of what might be expected from frequent treatment discontinuation if asymptomatic HIV-positive individuals start cART early in the course of HIV disease. Our study does not therefore provide any evidence of early cART initiation being associated with increased risk of virological failure and development of drug resistance after cART initiation. These findings should be interpreted with caution, however, as they do not address the question of when to start cART, because of the dangers of inferring treatment effects from observational data [ 18 , 19 ].

In this non-randomised setting, the effect of HIV infection duration, or CD4 count at cART initiation, on the risk of failure could be partially explained by confounding if the reasons for starting treatment early, rather than delaying until chronic infection, were also associated with the risk of developing resistance and failure. In addition, we studied risk of resistance using cART initiation as baseline. From the point of view of a person in whom the decision whether to initiate cART is being made, any delay in initiation represents a delay in the time before they put themselves at risk of treatment-acquired resistance.

The question, therefore, still remains as to whether it is beneficial to initiate cART early and can only be addressed within randomised clinical trials. These should be designed to also estimate the prevalence and incidence of clinically-relevant drug resistance mutations over relatively long follow-up time. Other studies have examined predictors of resistance [ 8 - 10 , 21 - 23 ] and failure [ 24 , 25 ] in seroprevalent cohorts. Our finding that higher CD4 count at cART initiation was an independent predictor of risk of failure and drug resistance was supported by two of these studies [ 9 , 10 , 24 ].

In contrast with published findings from observational studies and clinical trials, we found no evidence that the use of boosted PI-based cART was associated with a lower risk of failure and resistance compared to NNRTI [ 9 , 21 - 27 ].

Our study has a number of limitations. First, treatment discontinuation was based on prescribed medication rather than actual drugs taken and we may, therefore, have underestimated the frequency of interruption. Second, a non-negligible proportion of patients in our study started combinations that are less potent than those in current use in the UK.

HIV genotyping, as is currently recommended and used in routine practice in the UK, is likely to further reduce the risk of virological failure and resistance. Third, we were able to match a low proportion of treated individuals experiencing failure with HIV nucleotide sequences.

Estimates of failure due to the development of drug resistance are, therefore, likely to lie between our estimates of resistance from nucleotide sequences and virological failure from HIV-RNA results. Moreover, given that not all patients were genotyped shortly following infection, some resistance-associated mutations may, in fact, have been transmitted. It is, therefore, possible that our estimates of risk of resistance are somewhat pessimistic. Fourth, although it is recommended that HIV testing be offered at least annually to at risk individuals in the UK [ 28 ], is confidential and free of charge, rates of previous HIV testing are low among newly-diagnosed individuals [ 29 ].

Individuals identified as seroconverters, and enrolled into the UK Register, are likely, therefore, to not be representative of all those infected. Rates of virological failure reported here may not, therefore, be generalizable, although it is worth noting that CASCADE has reported no evidence of a difference in HIV disease progression and outcome between seroconverters and those with prevalent HIV infection individuals without estimated dates of HIV seroconversion [ 30 ].

In any case, it is not possible, by definition, to assess the role of HIV infection duration without using data from seroconverters. Finally, individuals included in our study are from a resource-rich country and results may not apply to other settings. In conclusion, we found no evidence to suggest that initiation of cART in early HIV infection is predictive of increased risk of virological failure while on treatment and drug resistance.